How to get an Aries man to chase you again

Are you trying to win back the affection of an Aries man?

Is there a guy you can’t seem to get out of your head, but he won’t show much interest any longer?

Find out what you have to do to attract an Aries man back into your life in this guide.

Here’s a guide that changed my outlook, I was an astrology newbie until I stumbled across Aries Man Secrets.

It’s not difficult to read an Aries. They are direct in their mannerisms and in communication with others. An Aries doesn’t dwell on emotions, but they also don’t hide them. They can be easily diverted and have a new emotion right away.

The aggressiveness of Mars, it’s ruling planet, can make an Aries quick to anger and say things they don’t mean or do things that can spite others. Just as quickly as they get mad, they are also over it just as quickly. It’s important to be somewhat forgiving but never accept abuse.

Aries is known for their impulsivity. They like instant gratification and needing everything right now. Remember a relationship with  Aries man can be quite challenging, as they blow hot and cold at the drop of a hat.

To get an Aries man to chase you and keep him happy, just praise him for even the smallest of things he does. If there’s one thing an Aries man loves it’s himself.

Aries energy is not emotionally deep. Aries is a sign of independence and they tend to be emotionally independent as well. They don’t dwell on heavy emotions and can console themselves. They expect their partners to have the same trait and fix things quickly.

They love debates and intense physical activity without holding grudges. They like to play and have fun. They experiment with life and when things don’t work out they can get back up and start on a new path with excitement and adventure.

How to know when an Aries man is interested in you?

Aries males are straight shooters through-and-through; this means that when it comes time for them find love (or even just become better friends) then there won’t be any need to sensor anything – everything will pretty much come out sounding exactly how he meant it!

When the Aries man is interested in you, he is a go-getter and will begin to chase right away.

Some Aries men find it playful and flirty to make fun of you a little. Everyone doesn’t take well to this, but if you can stand up or defend yourself and even dish it back, you will gain his respect which is helpful if you want a long-term relationship with him.

If you are trying to get an Aries man interested in you it’s important to match his playful and spontaneous energy. He likes a care-free spirit who can connect to the full potential life has to offer. He needs a partner who is fun and positive to help him escape from the battle of life.

Your Aries guy will share his feelings with you and will tell you exactly what they need and how they feel. Keep reading to find out how your Aries man will be chasing you forever, as I reveal how to get an Aries man to chase you and to keep him chasing you 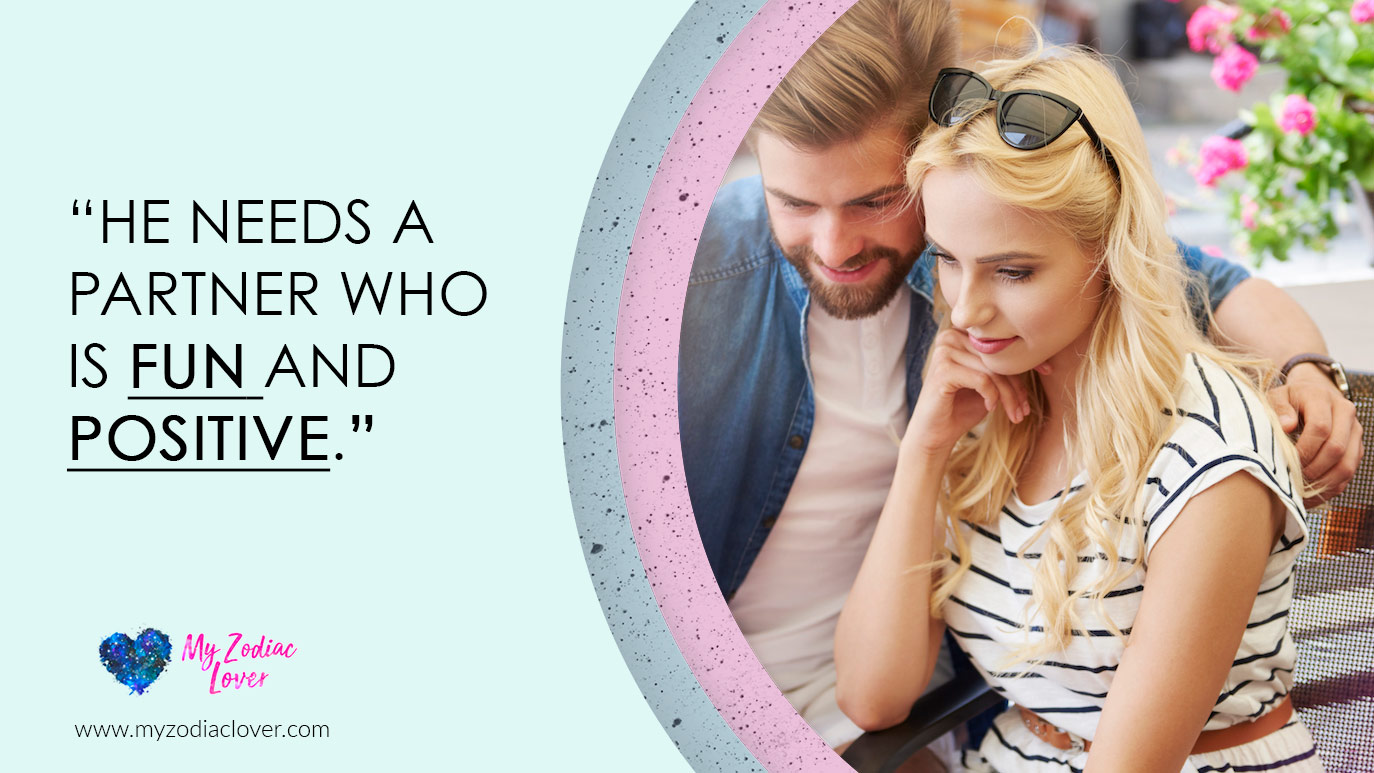 Be a winner, not a loser

The Aries man doesn’t like desperation and defeat. He is fulfilled by winning a prize that was challenging and involved a lot of effort to obtain. He thrives on the chase and if you’re always available for him, it will bring about boredom and predictability which he can’t stand.

Clinginess is repelling and he will run the other way.

Remember Aries men like strong, self-sufficient partners that won’t give in all the time. By standing your ground when needed, you will win him over.

Don’t be too hard of a challenge like hiding your feelings too much. Aries judges the surface and needs to know that there is a chance of getting you. If you don’t show him something when it comes to being interested, he will change direction.

Get an Aries man to chase you again

You can attract an Aries man by being sexy. Look to your Mars sign to see what makes you uniquely sexy and play it up. Be a little hard to get and let him initiate dates, phone calls, and texts. Show him you are independent and that you have a life of your own that’s not surrounded by clinginess or depending on others.

To really get on with an Aries man, always massage his ego, he will love it. Also, remember to Give him space to achieve the things he wants to do.  He is traditional in the sense of the chase. Allow him to work hard to capture your heart.

He is skilled in the game of pursuit. If you want to make an Aries man interested in you again, back off a little to stir his curiosity. He values what he earns and wins, so if he’s lost interest, he probably feels he’s got you and the adventure is gone.

He moves quickly because that’s his nature, but don’t give in to his pursuits too quickly and don’t ever be fully ‘captured’. A relationship with an Aries man is a game of cat and mouse and he will pull out all the stops to get you.

The Aries man is the hunter of the zodiac. In order to get you, he uses his talents of:

You can slow him down and keep his attention by resisting a little and not allowing him to get you to move fast with him. Slow him down by:

Resisting him is a display of your strength to the Aries man. He honors self-respect and dignity.

Do some of these things and you will soon be hitting the next level with him interested in you again.

You know how much he wants to be with you, don’t you? He needs the right amount of space and time in order for him make this a chase worth chasing.

An Aries man needs some drama

As a cardinal fire sign, he likes a challenge and the ups and downs are what keeps things interesting. Keep him interested by feeding a little bit into the drama and energy he brings. If he doesn’t have this in a relationship, he will get frustrated by the sameness and monotony of things and look for a way out.

Aries represents new energy, and if things are feeling the same, he will try to spark change or something new in a spontaneous way. Show that you are open to his adventurous ways to keep him interested. 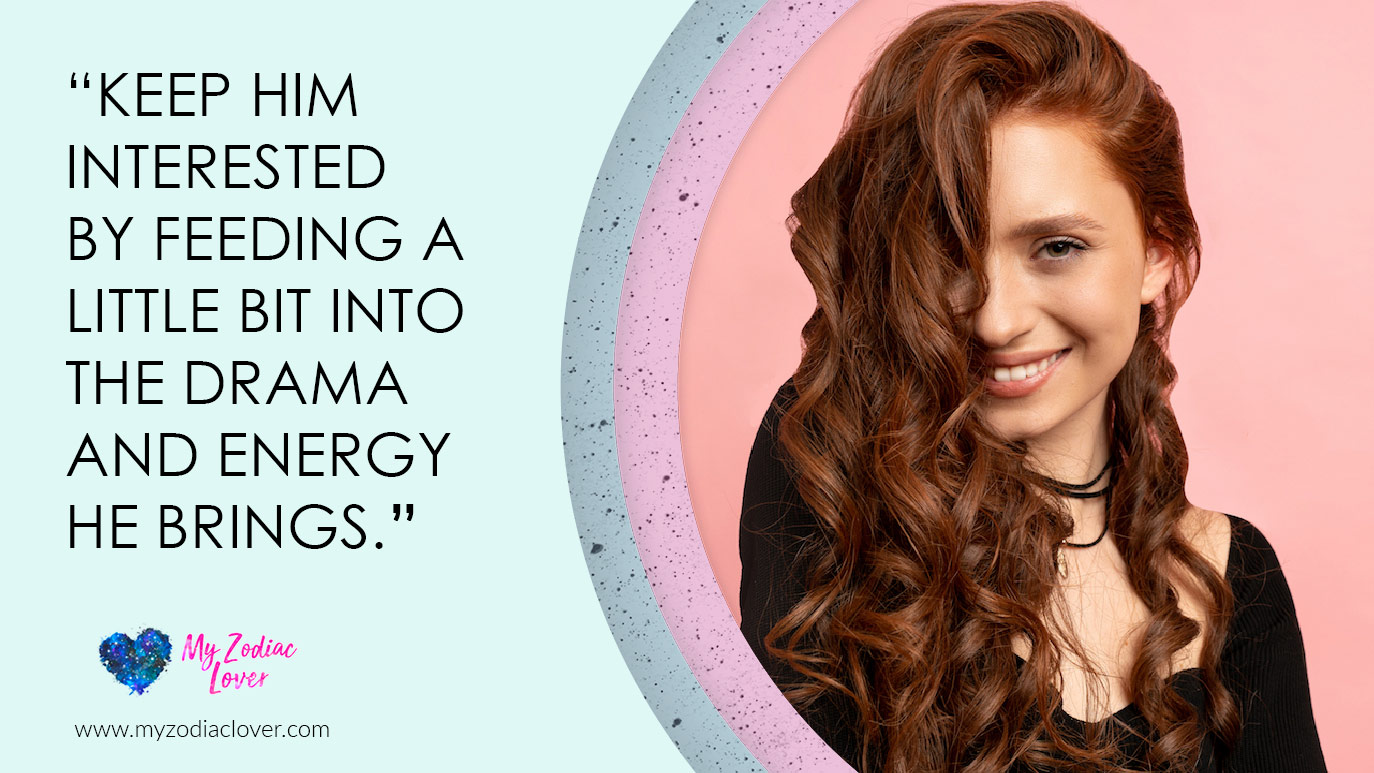 The best way on how to make an Aries man chase you again is by being exciting. If you are dating an Aries man or are in a relationship with him, it’s important to keep the chase going throughout the relationship. You have to work to keep Aries’s attention because he’s always looking for the next exciting experience.

To keep an Aries man chasing, give him set tasks to do he will love it.

It requires a lot of energy to be with the naturally free-spirited Aries.

Also, when he calls you or text messages you; wait a while before you respond to him. You can let him know you’re interested but then pull back a bit and don’t come across too keen.

Boost his ego to add fuel to the fire

Laying all of your emotional cards on the table will end the chase quickly.

Showing your fascination, clinginess, and full vulnerabilities too soon will leave you ghosted.

To really get on well with an Aries guy, always give him the independence he needs and just let him do his thing.

Get your Aries man back or interested again by boosting his ego a little. Do not do this through mind games and fakeness.

Show interest in his pursuits, but don’t be too impressed. Show that you notice his greatness or attractiveness, but make it seem as if you’ve seen it before you’ve dated or it’s what you’re used to. Aries rules the ego so he already thinks highly of himself.

Make him earn your compliments.

If you’re still unsure about how to make your Aries man head-over-heels for you, I suggest to check out Aries Man Secrets by Anna Kovach.