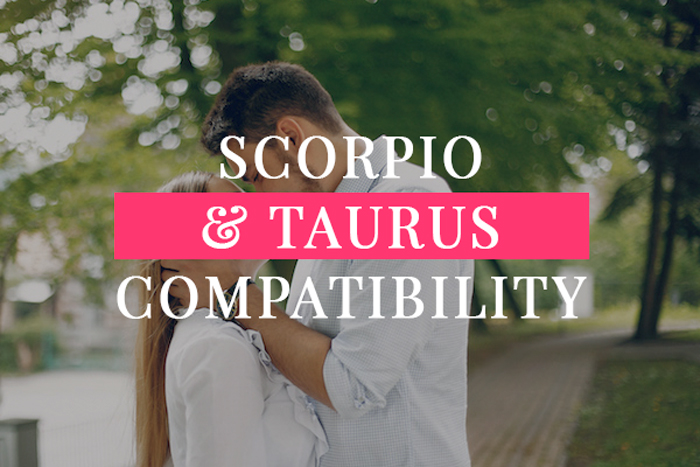 Think you’ve found a soulmate who happens to be Taurus? Or perhaps you’re a Taurus who is wondering how strong your bond with a Scorpio will be? No fear! This guide is going to give you all the answers you need!

A Scorpio and Taurus friendship can be strong but it can also be complex. The two are complete opposites in many ways which can be a good or bad thing. Here I will break it down and give you the complete answer on the true soulmates of a Scorpio and Taurus.

Read on to find out more!

The bull may be the sign of Taurus but it’s Scorpio’s who act more like an untamed animal. Scorpios have plenty of passion and like to be in control. The problem is, they don’t like anyone to be in control of them.

This is where Taurus comes in, as Scorpios have a natural inclination toward those who are more introverted. While the Scorpio may be passionate and determined, they appreciate having a calm voice to speak to and one that will calm them with logic and reason.

A Taurus can be passionate too which is why the two can work together so well when they have a common goal. If they disagree, that’s when problems can occur which can sometimes be hard to overcome.

That’s because both signs can be quite stubborn at times. They think in the same way which can be both a help and a hindrance to friendship. A great positive of this friendship is that they share many of the same values and have very similar priorities in life.

While Scorpios and Taurus aren’t the most compatible of signs when it comes to friendship, Scorpions can still be very close to the Bull. Being on opposite sides of the cycle, they are attracted to each other and can have that yin and yang quality.

Scorpios admire many of the traits of a Taurus such as their ability to be direct with their feelings. They can also make a great business team as they motivate each other, while the Taurus can be that calming influence a Scorpio often needs.

The earth of Taurus goes quite well with the water of Scorpio. Equally, the feminine energy of Venus (Taurus) is balanced with the masculine energy of Mars (Scorpio). With the Scorpio, the mysterious quality of Pluto also helps with that balance.

So the pair aren’t a dream friendship pairing but they have some strong compatibility. As long as their differences aren’t too vast, they can develop a strong and long-lasting friendship.

Who is Taurus’ best friend?

So we’ve seen that the Taurus and Scorpio are quite a good match but who is their perfect friendship sign. Cancer is the strongest bond as the two are likely to develop a fiercely loyal friendship that will never die. With Cancer, you’re likely to have a friend who will always be there for you, even in bad times.

While Cancer is a great match, a Taurus will also get on very well with another Taurus. Their personalities are stable when they’re together. Whatever you’re going through in life, another Taurus is always going to be there for you.

Aside from Cancer and Taurus, you’ll also get on famously well with both a Virgo and a Capricorn. With Virgos, it will be a loving friendship that has plenty of affection but security too. Virgos are excellent problem solvers which a Taurus will always appreciate.

A friendship with a Capricorn will be great for different reasons. It’ll be a more calm and reasoned relationship that is held strong by the same life goals. You’ll be able to talk to them endlessly about your dreams and aspirations.

While they will be a Taurus’ true best friend, which signs are you least likely to have a connection with? The obvious answer is Sagittarius as the two simply don’t match in any way and that makes it very hard to have a friendship. You may also find it harder to best pals with a Libra or a Gemini too.

Who is Scorpio most compatible with friendship?

When looking at the Scorpio and Taurus friendship, both their strongest match is with another Cancer. With a Scorpio, a close bond with a Cancer is simply meant to be as the two water signs simply gel perfectly. There is huge soulmate potential there.

Scorpios also have an immense connection with another water sign, Pisces. A Scorpio can sometimes find it hard to be accepted. A Pisces friend is going to accept you for who you are and allow you to be your true self.

Another strong relationship that a Scorpio can traditionally have is with a Gemini. Even though you have contrasting personalities, it can lead to hugely enjoying their company. The same can be said for two Scorpios together.

As with a Taurus, you’ll also get on very well with a Capricorn. They will help to give you a stable and calming influence in your life which you sometimes need. You’ll also love being able to share your passions with them.

But what sign is the least compatible? Well as with the Taurus again, it’s Sagittarius. They may seem fun at first but quickly become a little exhausting to you. As a Scorpio, you’re also going to find it near-impossible to be soulmates with an Aries or a Leo.

That doesn’t mean to say they can’t be best friends. You may find that your disagreements are easy to overcome. The attraction between the two is strong so while you may clash occasionally, a long and beautiful friendship is more than possible.