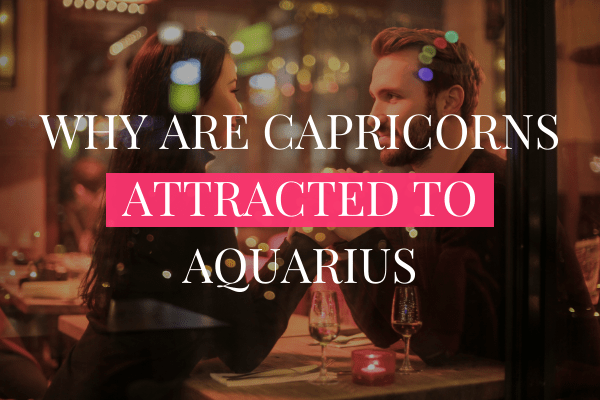 Why Are Capricorns Attracted to Aquarius

It’s not uncommon to see this exact couple having a blast together. Some of you might be confused, considering that we all know the two aren’t exactly experts at having blasts. And since we know both of them take a long time to fall in love with someone else, some of you might ask why Capricorns are attracted to Aquarius? And vice-versa?

It seems like a relationship like this wouldn’t go anywhere without at least one of them insisting on something to happen. I am not saying that your curiosity is misplaced, but maybe we should all be glad when these two signs find each other and leave the rest of us alone. In any case, there are a few reasons why these signs are likely to end up together, and I covered them below.

If you need some more intel (for whatever reason) on this relationship, you’ll find plenty of it in this online guide. But try not to put a lot of mental effort into this issue, as most of us will never understand what motivates them. They aren’t like the rest of us. (And they wouldn’t have it any other way.)

1. They view working the same way.

Aquarius is the only sign which is ruled by two planets instead of one. And it just so happens that one of them is Saturn, the same one that rules Capricorn. This makes both Capricorn and Aquarius natives view work and responsibility in the same way. Saturn is the planet of obligations and hard work. Thus, both of these signs are very serious when it comes to their careers.

And there’s no faster way to the heart of a Capricorn than long overtime hours. As Aquarius natives are diligent with their Earthly legacies, this makes Capricorns think that they aren’t alone. It’s comforting for them to find someone who will put their work above all else and who can find real meaning in said work.

Although most of us will be able to say that work is just a way to pay the bills, these two signs take a lot of pride in their jobs. They really put 110% into what they do, and it probably feels great for both of them to meet someone they can finally relate to.

Contrary to popular belief, Capricorns aren’t after flashy partners. They couldn’t care less about their partners’ appearance, as long as they could admire their brains. Even though their reputation is crucial for them, you won’t catch them chasing after models so that they can get bragging rights in front of their friends.

They are slow to commit, and that’s because they really are looking for a true partnership. And true partnership is never based on looks alone. Capricorns know that, so they almost always choose their lovers based on personality and intellect. And those are two things that Aquarians have in heaps.

As an Air sign, co-ruled by intellectual Uranus, Aquarians take great pride in their intellect. They are intelligent, cunning, and, most importantly, kind. There are no other traits that Capricorns appreciate more in other people. So it’s easy to see why Aquarians attract them like moths to a flame.

Where Capricorns care a whole lot about tradition and structure, Aquarians are revolutionaries. They want to explore novelty go where no one else has gone before. In a sense, Capricorns pull back towards the past, while Aquarians push forward towards the future. This creates a state of tension, which can be really attractive for both parties involved.

Moreover, a Capricorn is usually unassuming. They like to blend in with the crowd and not draw a lot of attention to themselves. On the other end, Aquarians can’t wait to distance themselves from the masses. As long as they can establish themselves as completely different from the rest, they can die happy.

This makes for a great, albeit funny, combination. Capricorns will love watching their Aquarius partners acting silly and expressing their quirks. And Aquarians love to have the spotlight for themselves and to know they are secretly admired by the quiet, grumpy CEOs. You can’t really go wrong with this couple.

4. They are just as sensitive on the inside, but they don’t let it show

One of the most important things these two signs have in common is their hard shells, protecting a very fragile, emotional core. Everyone seems to think about both Capricorn and Aquarius that they are cold and heartless. And that’s because that’s mostly how they present themselves. They keep people at a safe distance, exactly because they are so sensitive.

It takes them a long while to open up, even years in some cases. Since they share this basic life principle, they can understand each other like no other sign. Neither will push the other to open up before they are ready, and they won’t hold it against them if the walls stay up for longer than expected.

This kind of patience breeds a lot of intimacy and trust, which allows them to build a solid and fulfilling relationship together. Ultimately, they will both cherish the experience when they both open up. Since they worked so hard towards that moment, neither will play with the other’s feelings because they know how much strength it took for them to be vulnerable finally.

When a Capricorn and an Aquarius get together, we can only rejoice. However, what goes on between the two of them will remain a mystery since they are both way too private to ever share this kind of details. And, in all honesty, no one really asked.

If they are brave enough to play the “who will be the first to say I love you” game for decades, so be it. The rest of us will focus on efforts on relationships that are a bit warmer than Antarctica.

Yet, if the curiosity doesn’t let you sleep at night, there is a myriad of information on both of these signs in this online guide. It should clench your thirst for knowledge for the time being. But make sure to bring a blanket with you while you study. 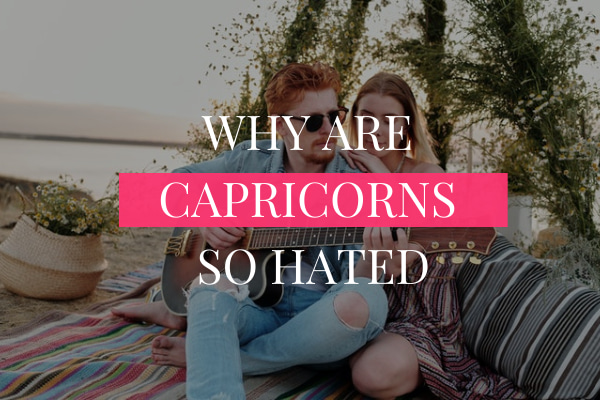 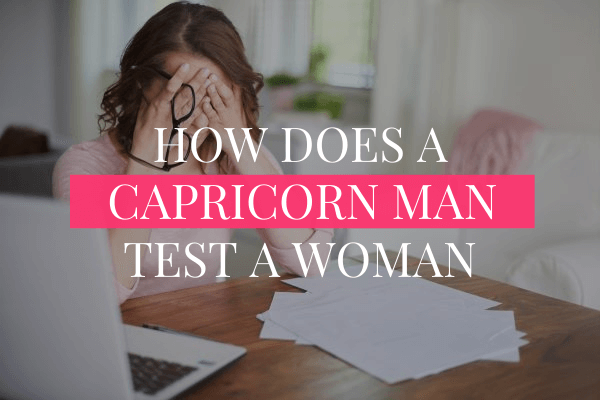 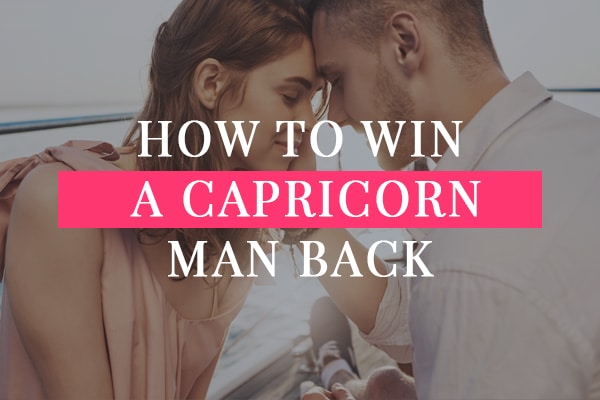