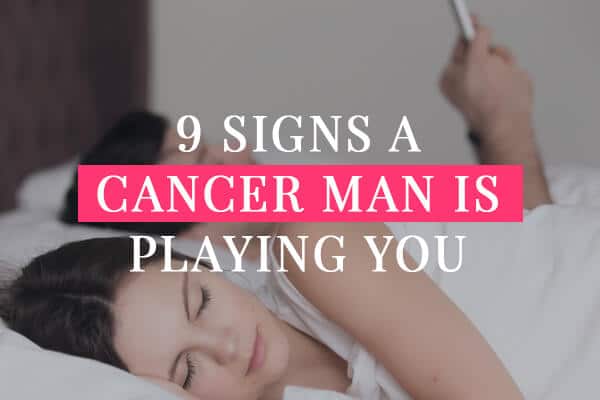 Signs a Cancer Man is Playing you

Don’t underestimate a Cancer’s sensitivity. It is their superpower! They sense exactly what you need to be taken care of and cherished. Cancer season is from June 21st through July 22nd and if you want to know if a Cancer is playing you, here are some insights into some of his psychological games.

Cancer people are emotionally intuitive and can sense other’s motivations and what fulfills them.

Generally Cancer men don’t want to harm others unless they feel pushed. If he gets to that point he can lash out in irrational ways.

These men can find ways to be:

A Cancer has to work to stay emotionally level.

If their emotions are disturbed, it is very uncomfortable for them and everyone in the room or nearby will be affected.

They have a difficult time pulling themselves out of negative emotions and like crabs in a barrel, they will try to pull you down with them and override your emotions with their emotional hang-ups.

Signs a Cancer man is playing you

When a Cancer man is in a relationship, he likes to pull out all the stops to make sure you are comfortable. He knows how to make you feel loved and appreciated and puts in a lot of emotional investment into a relationship. A Cancer man shows his love and appreciation for you, so it’s not difficult to tell when he’s into you. If you aren’t getting this kind of attention from a Cancer man, then he may be playing you.

Better you than me

Some Cancer men feel like they need to play you first before you try to play them. It is a way of self-protecting themselves.

Cancer’s take their time to open up to someone because they don’t like rejection and can be emotionally insecure.

He pulls away emotionally

When a Cancer man takes his energy away from you, it is a sign that something is up.

Taking his attention away by not responding to messages, not coming home when expected, or avoiding you can mean that he’s plotting to cheat, leave or he’s just not interested anymore.

One of Cancer’s mind games can be taking their emotions out of the relationship and becoming cold, which is confusing and causes emotional disturbance and upset for the partner causing you to pour your energy into him more.

So, in order for the Cancer to bring back the love, they will insinuate that you jump through many hoops and they still may never forgive you.

Cancer is the sign of privacy. The negative side to this can be hoarding or keeping secrets.

If you are opening up to a Cancer man, but he’s not reciprocating or revealing anything about himself, he could be collecting intel that he can use to emotionally manipulate you later.

If he’s not letting you in to his life such as not telling you about his problems, but working hard to be there for you emotionally, this could be a sign that he’s hiding things from you or playing you.

Cancer’s are usually great partners in a relationship, but when you don’t appreciate his emotions and the love he gives, he will be able to justify these feelings to cheat.

When trying to figure out if a Cancer man is playing you, look for signs that he may be setting up a situation for you to rely on him that he can use later on to play you.

Consciously or unconsciously, Cancer’s have unpredictable changes in their moods and they can tend to use their moodiness to their benefit because deep down they know they can affect the energy of others.

They are very well-developed psychologically and know how to stay in good standing with others. They will use charming techniques to manipulate especially if they’ve felt betrayed or ignored.

He will try to guilt trip you

A Cancer man is great at using a sob story with emotional weight to get you to care about what he’s going through.

This is a guilt and controlling tactic used to get you to do things for him.

If he is using emotional intensity to make you feel obligated to do or feel certain things, this is a sign that he is playing you.

He pressures you to go out of your way for him

A Cancer man may try to pressure you into doing things for him like making big purchases or give him money by using the feelings you expressed to him to get you to do these things.

He only cares about how he feels

Also, if he’s being overly emotional and using you as support to be a shoulder to cry on or a person to complain to, but he doesn’t check in on you to make sure you’re okay and have everything you need, he may be playing you to get you to help him or take care of him.

If a Cancer man is showering you with affection, attempting to take care of you too soon or he’s trying to rush you into a relationship, he’s not interested in it being long-term and he’s not really emotionally invested.

If he’s being overly agreeable it’s a sign that this Cancer man is playing you in order to get whatever he wants from you, even if he internally disagrees with you.

Avoiding conflict takes away the perks of being with you, so if you’re pointing out his bad behavior and he says he will change, but doesn’t, he’s not planning on sticking around very long.

A Cancer man in a loving relationship is very generous. He is a provider that makes sure you have all of your needs even if he has to work extra hard to provide them.

If a Cancer man seems interested in you, he will do the most, but if he’s not “showing” you his love, for example, being stingy with money, connections or resources, then he doesn’t not want a relationship with you.

A Cancer man in love wants to give his all and you’re being played by a Cancer man when he makes sure that things are only going in his favor.

If you think you are being played by a Cancer man, guard your heart by detaching a little and being less emotionally available. Learn to see the signs of when they are trying to make you feel emotionally indebted or like you owe him something. 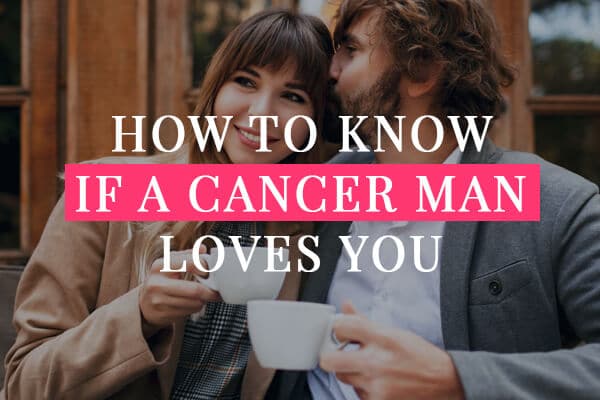 How to know if a Cancer Man Loves you 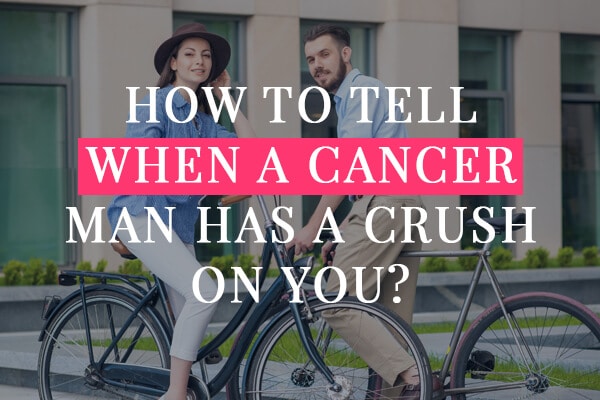