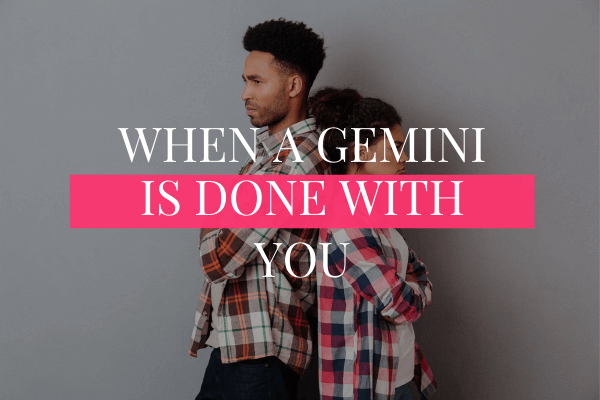 When a Gemini Is Done with You

What did you do this time? If you’re looking for ways to determine when a Gemini is done with you, you must have done something pretty wrong. Geminis aren’t the type to hold grudges, and they prefer keeping their friendships. Those are their most cherished possessions.

If you’re not quite sure where you stand with the Gemini in your life, I think the article below should shed some light on that. And, if you’re still not sure by the end of it, you might find the answer by going through this handy guide. It helped me understand more about one of my Gemini friends when I needed to.

They don’t laugh at your jokes anymore.

If you’ve been in a relationship with a Gemini for a while, you should probably know that it’s not rocket science to make them laugh. They love being surrounded by people having good times, sharing laughter, not taking themselves too seriously.

Plus, there’s no secret that their inner social butterfly will sometimes laugh just cause it is the nice thing to do. After all, they are social creatures, and they’d hate to lose a valuable connection over something as trivial as a sense of humor.

Related reading: When a Gemini man is done with you

Some people might call them two-faced for this. I would rather say they’re aware that you catch more flies with honey.

So, if you managed the performance to make Gemini dislike you so much that they won’t fake a laugh for you, then they’re probably really done. It’s not that you lost your panache at cracking jokes. Your sense of humor probably didn’t change much. What changed is that you were pulled out of the “people I am having a good time with” bucket.

They seem bored by your conversations.

Yet another big one is their attitude towards your stories. Are they engaged in what you have to say? Are they contributing to the conversation? Is there a sparkle in their eyes when you ask them questions? Gemini loves no other form of artistic expression more than conversation. This is where they shine, which they love doing the most.

Ultimately, their main goal is to be mentally stimulated by their people, drawing information from them. And, of course, contributing their knowledge. Of course, their best ideas come from sharing this brainstorming psychic palace with someone else. So it’s no surprise that having fulfilling conversations with their partner is a big deal for them.

Out of the entire zodiac, Gemini knows that all conversations can be saved. They have the gift of asking the right questions, saying the right things, enlivening rooms with their stories.

So, if you two have been pretty dull in this department lately, you can be sure that’s not due to a lack of things to say. They just don’t view it as productive anymore.

They prefer to go out by themselves.

Doubling down on the conversational theme, you already know your Gemini loves to take people baths. Whenever they’re feeling some way, they want to share it with the world. That’s how they recharge their batteries, where they derive confidence, where they test out their ideas, where they learn new things.

And if they’re happy in a romantic relationship, you’d better be sure that they’d want to share that with their community. Their friend group probably knew all about you long before you realized the two of you are a couple.

A Gemini in love will flaunt you and want to introduce you to his expansive world of friends, colleagues, club members, teammates, neighbors, and then their librarian, the post office lady, and so on. But if your relationship has been shaking, they wouldn’t want to bring that kind of energy into the rest of their relationships.

As a result, they’re trying to separate the negative feelings they might associate with you from the rest of their loved ones. Their social circles are their support circles. So, if they’ve been out a lot without you, it might be that they need support in regards to you – the newest stress factor in their lives.

This one might be a bit harder to figure out. And that’s because Geminis have taken sarcasm down to an art. You might often mistake even miss some of their sarcastic remarks for nothing but mundane chats. Yes, they’re that good.

However, you can most likely tell when they’re being sarcastic just to show how good they are at it and when they’re using it to cut into the flesh.

Trust me, you’ll know. And the fastest road towards that point is by increasing the level of sarcasm day in and day out until it becomes routine. Before long, you’ll realize they’ve been saying nothing but passive-aggressive sentences to you for weeks.

Of course, most of these will be intended to insult your wits, but if you pay enough attention, you might understand how to get them back. Geminis are necessarily emotional. If they wanted to leave, they would have left. Even if they’re making fun of you, being petty, or not listening to you speak, it means that some part of them believes it’s worth it to stay a little longer.

And yes, I understand that you’re looking for ways to tell when they’re done. But, the thing is that things are never indeed done with Geminis. As long as you can show them you understand whatever you did wrong and make an effort to communicate more efficiently, they will probably give it another shot.

So, now you should know if the Gemini in your life is genuinely done or if they’re just playing a childish prank on you. Don’t forget that Geminis will usually say whatever they think is necessary to get their way, and this includes acting a certain way to grasp your reaction.

The bottom line is that when a Gemini is done with you, you will have a hard time not noticing. And, to be honest, they’ll probably let you know that you’re no longer part of their life through a text or something similar: the less drama, the better.

Don’t also forget to check out this guide if you’ve still got questions. It’s got some valuable information on how the minds of these airy signs work. 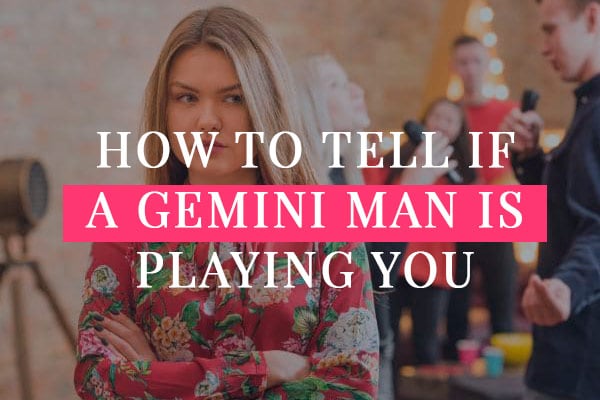 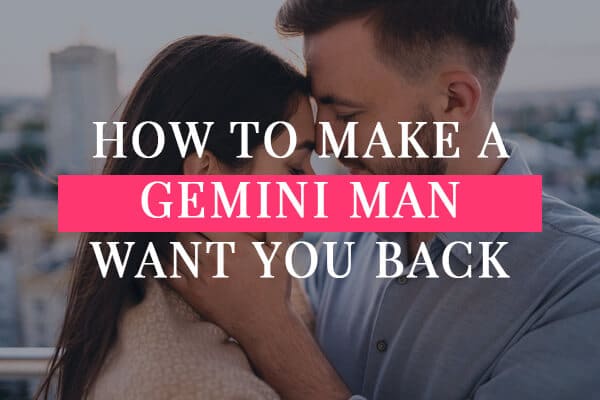 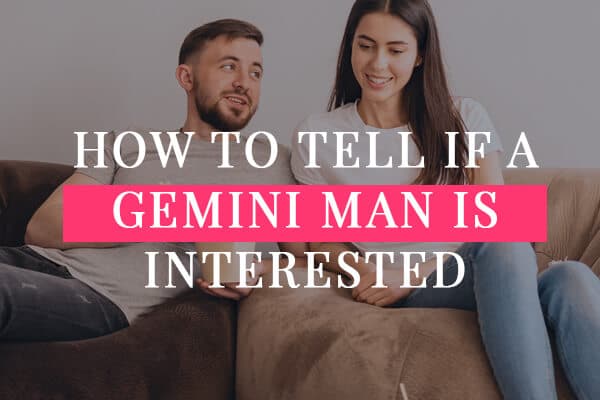 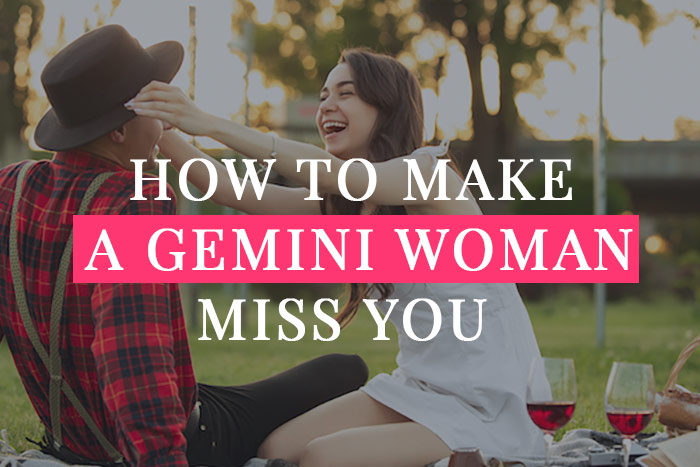 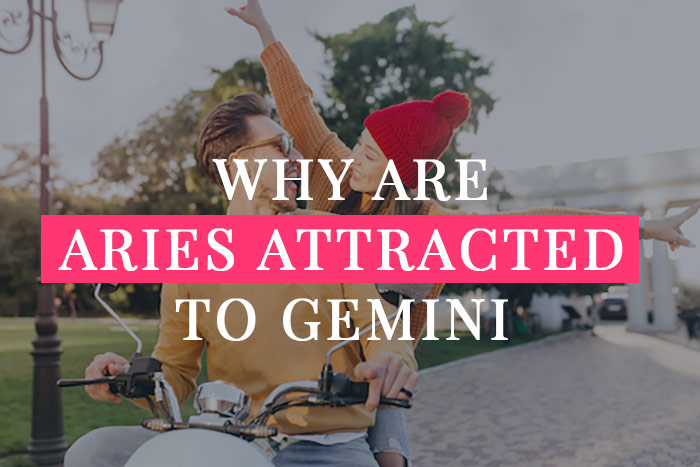 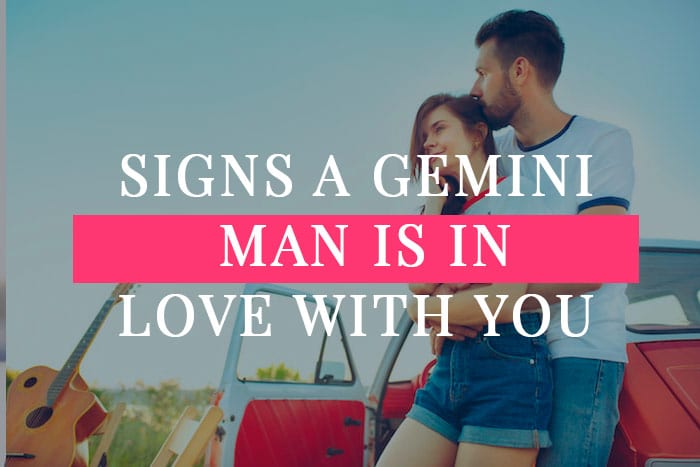