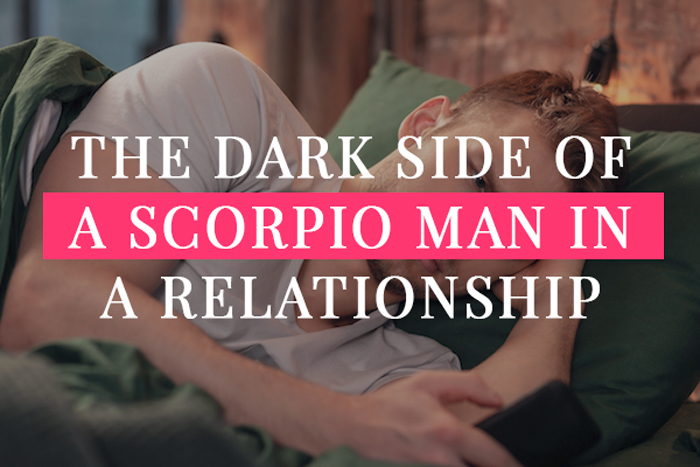 The Dark Side of a Scorpio Man in a Relationship

Every once in a while, the Internet will choose a new zodiac sign to fiercely hate on. Up until recently, we had a whole thing with Geminis. Now it seems like Scorpio got the spotlight, and I think I understood how mean people could be.

While I’m generally inclined to defend everyone, today, I woke up and chose violence. Plus, I really think it’s important for us to understand the good and the bad that comes with each sign so we get a clearer picture. So, today I’d like to discuss the dark side of a Scorpio man in a relationship. You know, for science.

Further information can be found in Scorpio Man Secrets if you find this article resonates with you. There’s a strange, magnetic pull to a Scorpio man that sometimes spells trouble. And it’s better to be safe than sorry.

Why Are Scorpios Bad in Relationships?

I hear this question a lot, and I feel compelled to explain it a little bit. Just like everyone else, an emotionally immature Scorpio can manifest in ugly ways. This does not mean that all Scorpios are innately bad at love, but some can be.

Scorpios are ruled by Pluto, which is sometimes called the ruler of the Underworld. This is because Scorpio rules over our deepest instincts, the most hidden parts of our psyche. Their power is transformative, and quite frankly, somewhat scary. Scorpios are prone to pushing our buttons and showing us the deepest, ugliest parts of ourselves, so we can heal.

They are sometimes driven by primal instincts and can easily become dependent, to the point of obsession. They can also be very jealous and possessive, controlling, and manipulative. Some expect a level of commitment that isn’t healthy and lose themselves completely to a partner.

Put it this way. If you want a Romeo and Juliet type of relationship, where you both fall madly in love in a couple of days, you’re probably going to need a Scorpio. But you can also expect the poison part because #drama.

There’s nothing toxic about the essence of a Scorpio. A healthy, well-adjusted Scorpio man is in touch with his deep emotions, caring and vulnerable. They are loyal to their loved ones and will sacrifice themselves for their well-being.

However, they can be quite clingy at times. If you’re ready to sustain their needs, that shouldn’t be a problem. Only you’ll have to know that some Scorpios are prone to be very toxic. They need a lot of reassurance and unwavering loyalty. Otherwise, they can become revengeful. Their obsessive patterns can quickly turn from worshipping you to making your life a living hell.

This is why it’s important to take your time with a Scorpio and get to know him well before you start a relationship. It’s easy to let yourself go with the flow when such a romance presents itself, but some waiting is wise.

Next up: Keeping your Scorpio man hooked

Depending on their feelings for you, their honesty can go both ways. If they truly see their partner in you, they will open up and give themselves to you fully. They hate lying and being lied to, so they will adopt honesty. Despite their flaws, Scorpio men truly want a fairytale romance, so they won’t mess it up on purpose.

Yet, they are also notorious for being massive flirts. Sometimes, their intentions are not pure, and they will use their charm to manipulate you. In this case, they won’t have any issues lying to you to get what they want.

If things look too good to be true with your Scorpio man, ask yourself how much you really know about him. They only tend to reveal themselves to women they love.

Next up: How to know if a Scorpio woman is done with you

3. Scorpios are too jealous.

This is not so much debunking a myth but making a disclaimer. Scorpios can be way too jealous, and their jealousy can come with a lot of drama. They are very flirty, and their eyes can wander a lot. It’s in their nature. For this reason, you might be tempted to think he’s quite open-minded.

And he is. But the passionate, all-consuming relationship he wants has no place for third parties. Once he is in a committed relationship, he wants to live out a romantic fantasy. He will only have eyes for you, and he will expect you to stop seeing other men altogether. Do not talk to them. Not because you don’t want to make him jealous, but because your love for him is too overwhelming.

Are Scorpios Serious in Relationships?

Scorpios can be many things in a relationship, but not being serious is not one of them. No other zodiac sign loves as deeply as Scorpio. When he falls in love, he puts his lover on a pedestal. He dreams about her, keeps her in his mind everywhere he goes.

Next up: How to make a Scorpio female fall for you

They can become obsessive and borderline dangerous for this reason. This is also the reason why they can be so jealous. His love runs deep, so the perceived betrayal feels like a dagger in his back.

But this only happens when he’s in love, and he’s got a lot of time to kill in-between crushes. So he won’t back down from casual flings, in which he can get the upper hand. They can be quite manipulative, so you should try keeping a tab on his actions rather than words.

What Do Scorpios Hate in a Relationship?

Since they feel things so deeply, Scorpio men are usually turned off by people making fun of their emotions. If you’re too casual and like poking him here and there about his ugly man cry, he probably won’t take it too lightly.

And making him jealous on purpose will result in a pretty bad time, as well. Remember, he will be very hurt if he feels you’re not as serious as he is. And it’s very easy to convince him of that. So, maybe keep your head low and don’t let him know about your celebrity crushes.

Read next: How can you tell if a Scorpio guy is falling for you

He’s too much of a crybaby to stand that.

Besides, you should try staying on his good side, whatever that means for him. They despise dishonesty and expect you to be real with them. If he’s showing vulnerability, you can be sure he’s waiting for you to repay that. So don’t try to beat him in a game of who’s more mysterious; you’re never going to win.

And if you think about making something up, you should think twice. Scorpio natives are really in touch with their intuition and can sometimes even have psychic abilities. He will read your mind in seconds and catch you red-handed. Frankly, you can tell him you don’t like his shirt. It’s better than listening to a 4-hour crying rant in a nightclub bathroom.

How Can You Have a Great Relationship with a Scorpio?

Anything that screams romance will make him weak at the knees. As long as he knows you’re just as invested as he is, he will be happy. This is no easy feat, as they tend to invest generously. And lightning-fast. But you can show the love you do feel in a grand way, and he’ll appreciate it.

Hand-written love letters, kissing in the rain, complicitous looks. Emulate a Bonnie & Clyde type of romance, and he will eat out your hand. Show him you’re a ride or die in the sappiest way ever, and he will conquer the world for you. But keep your wits about you, and don’t forget you’re dancing with the devil.

I really hope no Scorpios find my address after reading this article. It was supposed to be negative, guys; that’s the format I chose. We still like you in a million other ways. This is not worth committing arson over.

In all seriousness, you should take everything you hear about Scorpios (and all other signs) with a grain of salt. There’s good and bad in every one of us. The level of good or bad you can depend on your intensity, and Scorpios are way up there when it comes to that.

They can take you to your highest highs and your lowest lows, so it’s important that you’re buckled in and ready to go. You should continue your research with Scorpio Man Secrets, so you can get a clearer picture of what you’re getting into.

You can never be too careful when you’re orbiting a Scorpio man, but that’s only because it’s so easy getting lost in his beauty. But remember, it’s also easy for you to crash and burn. 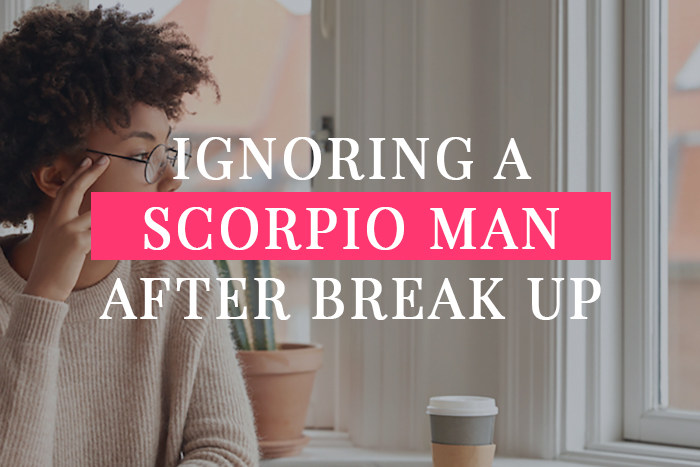 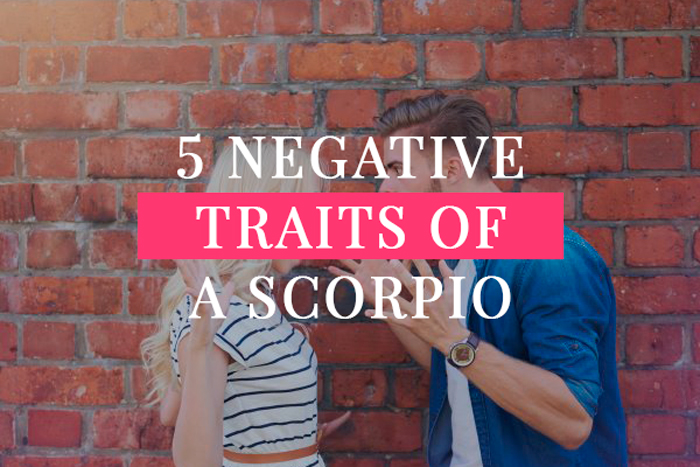