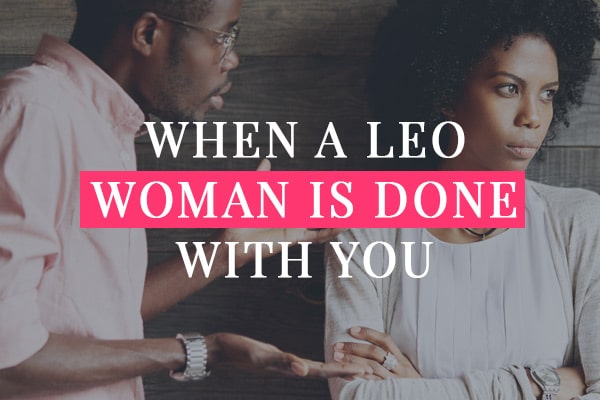 Things have been different with your Leo woman lately. Though you can’t put your finger on it, you know she’s been acting different and are beginning to wonder what this says about your relationship. A Leo woman who’s over her partner can totally check out of a relationship—even to the point of betrayal.

Understandably, you’ll want to know if things have gotten that far in your relationship. Coming up, I will tell you five major signs that your Leo lady has decided to move on, as well as go over some potential reasons as to why.

Keep reading to find out if there’s still hope for you and your Leo woman!

What Turns a Leo Woman Off

Before we jump into the meat of the matter, let’s take a look at some things that are never acceptable if you want to maintain a relationship with a Leo woman. Make sure to get these down pat for a successful long-term connection with a Leo.

Want to cause a Leo woman leave you in a hurry? Just try ignoring her. Women of this Zodiac sign love being the center of attention and simply cannot put up with a man who doesn’t make her center stage. If you can’t do this for your Leo, just remember that she will find someone else who will.

Leo women also have a low tolerance for negativity. Naturally bright and forward-thinking, these women don’t like being mired down in a bog of pessimism. Ladies of this Zodiac sign want to do the most with their time—and this obviously doesn’t including wallowing in pity parties. If you’re guilty of this behavior, understand that you may have already created a rift between you and that Leo woman you love.

How to Know When She’s Done with You

Keeping all this in mind, let’s look at some common signs that your Leo lover doesn’t like you anymore and has decided to move on.

Does your Leo partner never seem to have time for you anymore? If so, this could be a sign that she’s over the relationship. While everyone gets impatient from every so often, perpetual rushing and irrational urgency are signs that she has a short temper when it comes to you. It’s also indicative of her desire to spend the least amount of time with you as possible. Simply put, she will no longer see you as the best use of her day.

I know—not what you wanted to hear. The plain reality is that Leo women are unwilling to make time to spend with people they don’t like, and yes, that rule applies even when they’re dating. It’s simple Leo astrology.

I know—Leo women are always a little self-centered. As I mentioned, they love having the attention of other people on them. Still, a Leo who’s ready to move on will be even more self-absorbed than usual. You may notice that she doesn’t care about your conversations and generally pays you no mind. She will spend all day on her wants and even with other people. In short, she will totally disregard what you want or need in favor of her own interests.

This is partly a defense mechanism. When a Leo woman feels the end is near, she will do what it takes to find a path forward. This will also mean safeguarding her privacy. She will stop sharing stuff with you that she once did and do little in the way of making your life better. If this happens in your relationship, remember to respect her privacy—or you could make the situation worse.

A Leo woman who’s fallen out of love will also become lazy—even if she never was before. She’ll stop doing those extra things that she used to do for you and will do little or nothing in terms of effort for your relationship. She may also stop caring how she appears around you (after all, there’s no reason to look good to someone she doesn’t wish to date). For others she does like, however, she will continue to look her best.

If you’re Leo lover is acting this way, I recommend talking to her directly. Perhaps the fix is as simple as providing her the attention she wants (and likely deserves). While this is not a guaranteed fix for your relationship, it’s a good start and could help rekindle some of your Leo’s former interest in you.

Unfortunately, astrology shows that some Leo women can turn into outright bullies when they are ready for a relationship to end. This is in part due to their frustrations at dating someone they do not love. It is also a mechanism by which they seek to force you out of the relationship. The basic idea is that the ruder she is, the less you will want to be with her. A Leo woman will feel immensely better about the whole thing if you are the one who ends the relationship by her design. In her mind, this could be the best option—even if she hurts you in the process.

If you’re Leo woman has been openly rude to you and criticizes you more than seems right, it’s likely that she’s doing it on purpose to end the relationship. For this reason, I suggest asking her point-blank what issues she has and seeing what you can do to either fix the relationship or usher in a clean break.

If you made the unfortunate error of cheating on her, you can expect her to exact her revenge in the same way (especially if she’s always out with and seeming to contact other people). A Leo woman who has been betrayed will become openly disloyal and practically test you to end the relationship. She will enjoy the action of getting back at you, as well as the attention she receives from another man. She will feel satisfied by it. Your Leo may even make a show of her disloyalty in an attempt to both embarrass you and get you to leave her.

Even if you didn’t cheat on her, there’s a chance she will be disloyal in other ways. Remember, a Leo woman might take your lack of focus on her as a sign of betrayal. Accordingly, she will give her focus and energy to other men to stir up your jealousy and to show that she’s all that and can get her thrills from somewhere else.

Recognize any of this behavior in your Leo woman? I hope not. It may be tough trying to win a Leo woman back, but it can be done with the right care and attention. By heeding these signs, you can find out the best way to move forward, no matter your circumstances. Use this guide to make the right decision for your relationship, whether that means a rekindling of old love or parting on friendly terms.

Keep reading to find out what they are and what they could mean for your relationship!

How We do things 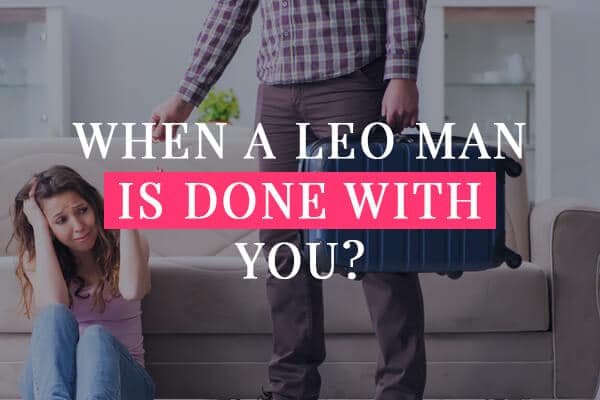 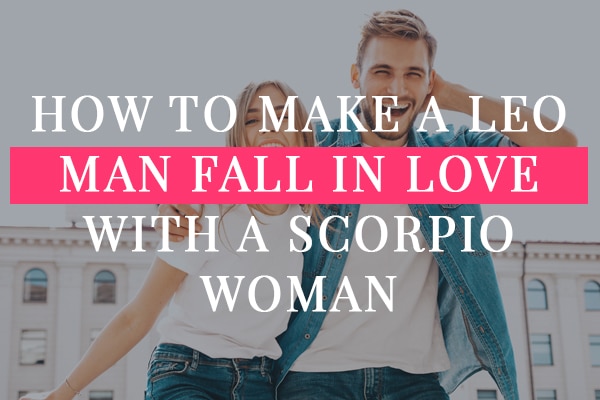